My son wanted to be a spider for Halloween. I wanted to add some unique touches to his costume so I 3d printed some LED lit eyes. I modeled them in Fusion 360 and printed them using my dual extruder MakerGear M2, a dual extruder 3d printer is not required though.

The eye can be lit with a 3mm LED and a watch battery, no other electronics needed.

I liked them so much I made a creepier version for myself. The base can be sewn to fabric using the recesses in the base. The base was dual extruded with black ABS and HIPS as a support material which was later dissolved away. I uploaded the models to Thingiverse and created some YouTube videos below. Shiny version shown was finished with Smooth-On XTC-3d.

Modeling the Eyes in Fusion 360:

I used Spheres and the Combine features to create the majority of the eye. Fusion 360 is great free CAD software and is quiet powerful. Be sure to check it out. 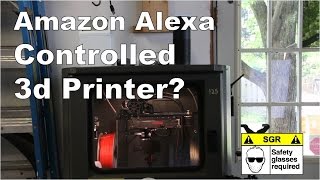